Apply for Credit
MENUMENU
Previous
Next

It all started in 1990.. Victor worked at a jewelry store where he met Laura. The couple later got married & decided to begin a legacy of their own. They opened their first jewelry store in Calexico, a small town near the Mexicali border. Like many entrepreneurs, they experienced both great success & hardships. As the economy flopped in Calexico they decided to close & move to The Coachella Valley.

The family quickly became a locals favorite & often referred to as “The valley’s hidden Gem however, with recent growth in digital media the company has been recognized by the press as the best jewelry store in the Coachella Valley & has received hundreds of 5 star online reviews & is now servicing clients outside of its horizon.

The roots of the company remain, a commitment to serving our community with sincere love, integrity, & high-quality products. 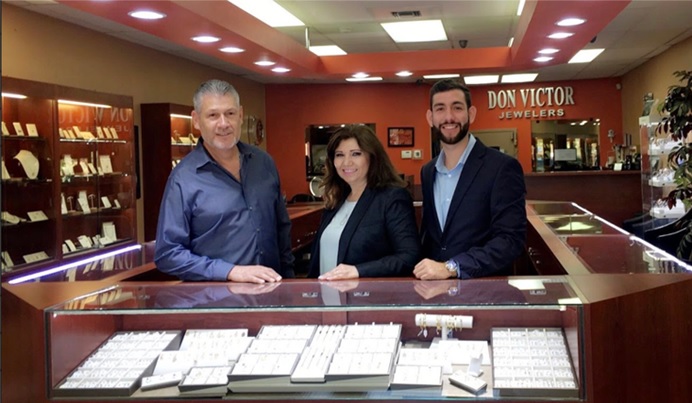 Admired but not easily replicated. Bobs is firmly grounded in our founding principles — in who we are and what our mission is. Our goals and principles are guided by our devotion to creating the most trusted name in Preowned Rolex watches. Bolds Wettlies is based in Newport Beech. California.

The Ceremony has built its reputation over the years as being the ‘Kelly Blue book for used Rolex prices. To date. Bolds is the only company that lists both the buy and sell mice for every Model so consumers can rest assured they are getting the best prices. Dealers. collectors. and consumers use its published ‘Rolex pricing guide’ to obtain accurate values. The market now changes much more frequently as global supply and demand forces move markets similar to the stock exchange. With Bob’s its always been about honesty through transparent Pricing.

All watches are 100% authentic with Rolex factory parts.

Our #1 goal is to make customers feel comfortable buying. selling. or trading their luxury items.

We publish the buy and sell prices for all watches to honor the fair market value for all prOdLiCD on our website.

Brenda Rockwell
Extremely nice and efficient staff. My repair wasn’t as I expected and they sent it back without hesitation! Beautiful pieces and watches, as well great customer service!

Rachelle Hilton
What a pleasant place. Everyone was so awesome. I took my 4 grand daughters there to get their ears pierced. Everyone was was so sweet. Thank you all so much for giving my family such a great experience.